You are here: Home / Legal Blog / Adult Adoptions & Why They Matter So Much 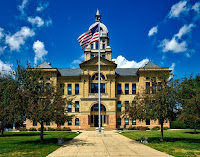 When you think of an adoption, if you are like most people, you probably think of an adult adopting a child. But if you have been adopted as an adult, or know someone who has, you have a more inclusive view.

Here is why more people are opting for adult adoption!

When divorce increased in the U.S. in the 1970’s, the structure and definition of “family” began to change.  As more blended families came into being, children had more than two parents.Additionally, there were parents who were not divorced, but were single parents by choice or by situation.A stepparent raising a child may desire to become that child’s legal parent but for various reasons, an adoption did not happen when the child was young.Here are some situations in which adult adoptions may be sought:

An adult adoption is a happy situation for the family because it recognizes the love and affection that have existed for years.   We are proud to have been a part of many adult adoptions over the years!
Please see Laura Kalish’s “Guide to Adult Adoption” on AVVO.

Rebuilding and recovering from the 2017 hurricane season is going to be ongoing.  Here are a few tips and resources to help you and your loved ones: FEMA has a lot of good online resources.  You … END_OF_DOCUMENT_TOKEN_TO_BE_REPLACED

Kalish Law Office
4.5
Based on 22 reviews