You are here: Home / Legal Blog / Buying a House During a Divorce 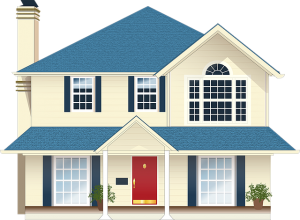 Although it may seem to make sense to buy a house rather than paying rent to a landlord, the worst time to buy a home is during your divorce.

FIRST: When a divorce is filed the entire financial picture is analyzed and the final settlement or court award is based upon the figures that are there, with the goal of being fair to both parties and the children of the relationship. You can think of the assets as being in three different columns:

Sometimes, (depending on the situation) there is only one column and that is the marital estate, or there are only two columns if only one spouse has some separate property.

NEXT:  debts are analyzed to see what is owed by the estate and the parties.

THEN: Other factors are considered:  the needs of the children, differences in earning power of the spouses, any disability or health issues that may be present in the spouses or their children, and fault in the breakup of the marriage, among other issues.

So you can think of the entire process (whether it is negotiation, mediation, or decisions by the judge in court) as a process of moving those figures around, according to Texas marital property law, in order to arrive at a final product.

When a house is purchased during the divorce in most cases it makes it more difficult to analyze the financial picture. Also in a community property states such as Texas care must be taken to make sure that title to the  home as well as the responsibilities of the mortgage, insurance and property taxes end up being the responsibility of the ultimate owner. A home that is bought during a marriage is generally owned by both people unless steps are taken to make sure that is not the case.

If you feel you must buy a home during your divorce, discuss it in detail with your attorney prior to purchase  to make sure that everything is done to prevent this from being an issue for you. Even if you’re used to going out and buying what you need without asking anyone you have to realize that it is different when you are going through a divorce. This also applies to buying a car or any other major purchase and it also applies to starting a new business during a divorce.

Keep in mind that there may be other options if you are interested in a property, such as leasing the property for a while, prior to purchase.

At Kalish Law Office our divorce attorneys are experienced in these and other property issues and can guide you through the divorce process and help you plan for your future. Call us at 281-363-3700 for a consultation!

Why is my Inventory and Appraisement so Important to my Divorce Case?

Your attorney has told you that you need to fill out an "Inventory & Appraisement" form in your divorce case.  You get tired just thinking about it. You also have a deadline which increases  your … END_OF_DOCUMENT_TOKEN_TO_BE_REPLACED