You are here: Home / Archives for Adoption advocacy 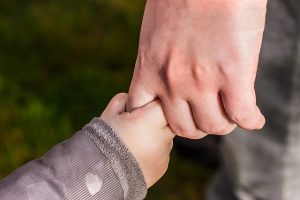 There are many ways to make a difference in a child's life.  In honor of National Adoption Month, I'd like to share a few ways. Here are some resources that include all types and levels of involvement.  Click on each suggestion to get a link to more information on how to make it happen. Become a literacy volunteer.   Become a CASA volunteer and advocate for a child in court.  Become a … END_OF_DOCUMENT_TOKEN_TO_BE_REPLACED

The National Council for Adoption has estimated that between 1% and 10% of adoptions result in dissolution.  There is little support available for families in these relatively rare situations. Adoptive parents considering an adoption dissolution can find themselves facing very strong criticism. Those outside the situation may strenuously voice objection to the very idea, believing that "you are … END_OF_DOCUMENT_TOKEN_TO_BE_REPLACED

According to Time Magazine, the number of international children adopted by American families has dropped 60% since 2004, due to changes in the developing world. These changes include 1) reform efforts; 2) economic growth; and 3) resurgent nationalism. (Time, January 21, 2013, "The Baby Deficit", by Kayla Webley)  Stricter laws and policies in the form of individual countries' reform … END_OF_DOCUMENT_TOKEN_TO_BE_REPLACED

We were saddened to learn about the Russian government's ban on adoptions of Russian children by U.S. couples. Over the years, we have been fortunate to have had a role in helping several of our clients in the finalization of adoptions of their Russian-born sons and daughters. This retaliatory move will most severely punish those who are too young to have any understanding of politics at … END_OF_DOCUMENT_TOKEN_TO_BE_REPLACED

When a U.S. citizen couple (or single parent) adopts a child through international adoption procedure it is important to be certain that all steps have been followed so that the child is a U.S. citizen and can prove it, beyond any doubt.   Adoptive parents should not consider the process completed until this happens. Although the procedures have become more standardized over the years, … END_OF_DOCUMENT_TOKEN_TO_BE_REPLACED

Can a Copy of a Will be Probated in Texas?

Once a Texas will has been properly drafted and executed, the original should be kept in a safe place.  This should be a place that is dry and safe, such as a fireproof box.  The will may also be kept … END_OF_DOCUMENT_TOKEN_TO_BE_REPLACED