You are here: Home / Legal Blog / Your Court Proceedings After Harvey 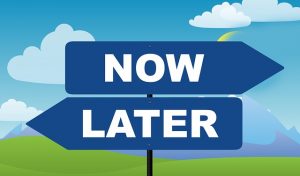 If you were involved in any type of court proceeding at the time that Hurricane Harvey hit Houston, you probably have already noticed that delays were created in Houston and in surrounding counties.   Flooding occurred at some of the Houston courthouses.  Staffing at the Courthouses, county offices and private law offices was affected. This has created a ripple effect into the justice system.  Cases have had to be rescheduled and it has affected the schedule of everyone involved.  The offices of all surrounding counties had a backlog of new filings to deal with (not to mention the rescheduling issues). Some offices were flooded and were temporarily relocated (including some Justice of the Peace offices).

Because of this, you may notice that things are taking longer than you had hoped, or that your court has issued new orders regarding the timing of hearings and deadlines in your case. Or, it may take your attorneys office longer to set a hearing than usual as everyone attempts to recover from these catastrophic events as quickly as possible.  Please try to be patient as everyone does their best to get back to normal. Bear in mind that some of the professionals involved in your case may have experienced personal losses as well.

We are Houston Strong together!

If you have no spouse or children, you may wonder what will happen to your property if you die without a will in Texas. Will the state just take your money? What Does it Mean to Die Without Heirs? … END_OF_DOCUMENT_TOKEN_TO_BE_REPLACED